Josh Magette joined the Orlando Magic on a 10-day contract, providing familiarity if not a ton of confidence he will help the team make a leap. (Photo by Christian Petersen/Getty Images)

The Orlando Magic have stayed extremely patient in looking for ways to improve the team. With their signing of Josh Magette, they are valuing stability.

Orlando Magic guard Josh Magette has never really played meaningful minutes in the NBA in his short appearance in the league.

He caught on with the Atlanta Hawks in the 2018 season for 18 games at 28 years old. A career scratching at the G-League and leading that level in assists gave him some meaningful minutes for a team that was well out of the playoffs when he arrived.

The Magic brought him on a two-way contract as an emergency point guard. Break glass in case of emergency.

This was his first chance. And coach Steve Clifford seemed comfortable throwing him out there.

As Clifford has said about many of the Magic’s deep bench guys, he is comfortable that he can put them on the court and they can function. This stability and comfort is important to him as a coach trying to steer a young team into the playoffs.

Magette’s “real minutes” debut was not anything special. Then again, that is probably what the Magic wanted from him in his first real minutes on a meaningful NBA game against the Phoenix Suns. They just need him to run the offense and keep the team moving.

He must be doing something good in his short minutes.

Especially with how little he has played so far — and also how much the Magic have had to have him with the main roster — it was still odd to see the Magic decide to use their open roster spot to keep him.

Magette was running low on days with the Magic as part of his two-way contract. And so the Magic decided to convert his two-way deal into a 10-day contract Saturday, bringing him into the NBA orbit more formally. Orlando absolutely needed a backup point guard if D.J. Augustin is going to miss time.

The Magic opted to give Magette the next 10 days to prove his worth at the NBA level. They then used his two-way slot to give Vic Law a chance from the Lakeland Magic.

The Magic ultimately looked at their open roster spot in the face of all their injuries with the same approach they took their offseason. They valued stability over everything else, hoping continuity and familiarity with Clifford and with the team would foster growth without disrupting the team’s playoff goals.

Orlando took its free roster spot — this in the same week the Magic applied for a disabled player exception for Al-Farouq Aminu and Jonathan Isaac — and re-invested in players from their G-League roster.

The Magic are in the midst of a playoff race with some very clear flaws. The team, already beset with injuries, continued to take a long-term, foundation-building approach to their team. They continued to look to young players to fill in these gaps — even temporarily.

The Magic are straddling a careful line throughout this season. They recognize they are a playoff team and capable of getting back to the postseason. But it already appears they understand this team has a ceiling and that they are still a young team that should be growing too.

Orlando is not chasing veterans who might put the team over the top. Not yet, at least.

The Magic certainly spent their summer stabilizing the roster in re-signing Nikola Vucevic, Terrence Ross, Michael Carter-Williams and Khem Birch, along with adding Al-Farouq Aminu. These were moves to help the team continue to establish their foundation. Orlando was not looking to rip apart its playoff team.

Not yet, at least.

Orlando clearly had some key goals this season. The first was to make the playoffs, first and foremost. The season is a failure if the Magic are not back in the playoffs — even if it is just as the 8-seed once again. 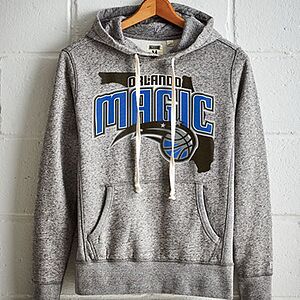 The second goal was to foster growth in their young players — especially Jonathan Isaac, Markelle Fultz and Mohamed Bamba. In this way, the Magic are still a rebuilding team. They want to develop these players as the primary way for their team to improve.

But they want to do so while still competing for the playoffs. And so this strategy to value stability puts a lot of faith in their current system to develop players and win. It worked last year, at least.

Development and improvement this season was more about internal growth. And that seems to be how the Magic are approaching the rest of this season. It does not seem like the Magic are going to make some splashy move to bolster the roster. They are going to continue to let the seeds of this team grow.

The Magic are still acting like a rebuilding team in many ways. They want supporting players to fit into the system and into the similar roles so as not to disrupt the main parts of the roster.

Magette is a perfect example of this and why the Magic wanted him.

He is still leading the league in assists in the G-League. When he heads down to Lakeland, he tears the league up with his ability to get into the lane and dish to open shooters. Orlando wanted an emergency point guard and they had one.

Magette is averaging 19.0 points per game and 9.4 assists per game. He is a heavy-usage player as his low field goal percentage (39.9 percent) might suggest. But he is hitting 44.0 percent from beyond the arc at the G-League level.

Even though Magette might make the Lakeland Magic a little more competitive, having a 30-year-old point guard on a two-way contract seemed like an odd way to use that asset.

However, the Magic know when they put Magette in the game he will know exactly what the Magic want him to do because of the similarities between Lakeland and Orlando’s playbook. He will not play too far outside of his skills and he will provide stability.

Orlando is looking for someone who can impact the game within the team’s role. That is what made Michael Carter-Williams so successful for the team last year.

At this point in the season, then, the Magic’s desire to let their young guys grow is primary. And that is why the team sought to re-invest in their G-League players like Josh Magette and presumably B.J. Johnson and Vic Law now too.

The Magic do not seem in any hurry to make the big move that might shift the team. Or in any hurry to add another veteran to the fold, even with the playoffs as their main goal.

For now, the team valued the stability a player like Magette would provide.