Aaron Gordon finally got his dunk on in a breakout 32-point performance for the Orlando Magic in the win over the Phoenix Suns. (Photo by Michael Reaves/Getty Images)

The Orlando Magic’s offense has been stuck in the mud most of the season. For two nights they found some rhythm and got Aaron Gordon going again.

It has been a rough time for Orlando Magic forward Aaron Gordon.

It is easy to see how frustrating the poor shooting this season has been on his face. A player usually inclined to the most joyous act in the game — the dunk — seemed bottled up. The team was not running as they wanted and the team was stuck in the mud as the offense struggled to create any separation.

As much use as this stat can have, Aaron Gordon’s dunks were way down. He just could not wriggle free for the easy baskets that put him on highlight reels and make him a talented player.

Everything was a struggle. A fight for space and to create that space, mostly off the dribble. That only made matters worse. Gordon was too determined to get things to work and lift his team as everyone else struggled.

He changed that quickly in the first quarter, unboxing a close-quartered 180-degree slam off a feed from Wesley Iwundu. The smile came across his face and the Magic were cutting into the 10-point deficit the Phoenix Suns put the Orlando Magic under with three minutes left.

Gordon did not let up from there as the Magic won 128-114 at Amway Center on Wednesday.

Shaking aside a season that has not gotten to the start he hoped for, Gordon started attacking the basket aggressively and moving into his jumper quickly. Outside a few stray possessions, he caught the ball on cuts or quickly attacked rather than rely on his dribble to probe and set himself up.

Gordon scored a season-high 32 points on 13-for-15 shooting. He made all five of his 3-pointers. Gordon hit his last nine shots.

Not all of them were easy. But most of them came with him attacking the basket. He bulled his way to the basket on one possession and then faded away simply for that pull-up he likes on others.

For the first time, Gordon put together back-to-back strong offensive games, coming off an 18-point performance the night before against the Washington Wizards.

Just three games back from a sprained ankle that kept him out for a little more than a week, Gordon has started to find his shooting touch again. Or, at least, become better at attacking the basket to find the shots he can succeed with.

Considering how slowly Gordon has gotten out of the gate, it was a more-than-welcome sight. And a sign the offense has turned some corner or found some rhythm.

That thing that had been missing was suddenly found — at least for two nights.

Gordon’s difficulties scoring has certainly slowed the Magic’s offense. The Magic hoped Gordon would build upon his all-around skills he displayed last year. He saw a small decrease in scoring, but he improved greatly as a defender and as a playmaker. He was more disciplined with his shot selection and that helped bring out his passing as defenses had to account for him more.

Gordon has kept up his defense so far this year. He has been the Magic’s best perimeter defender, showing advanced skills in containing the ball and directing players where he wants them to go.

But his offense and his shot selection have certainly regressed. It has been a struggle for him to get himself going.

In a way though, it is also a problem of the offense as a whole. Gordon, in some ways, is the barometer for the offense. When he gets the ball in good positions to score, it means the ball is moving and there are gaps to attack or open 3-pointers to shoot.

The Magic have struggled to get Gordon the ball in positions that is easier for him to score. And his struggles are a sign of the overall struggles for the team.

Orlando’s poor shooting has certainly played a role in all this. The Magic, unable to loosen the defense off the dribble or by shooting, are finding the lane much more congested and difficult to break. 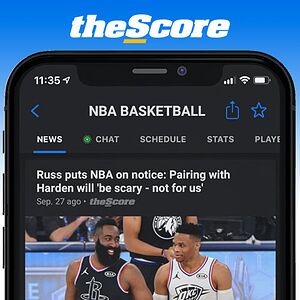 That was not the case the last two games and the joy and flow of the offense returned. Making shots will do that.

To coach Steve Clifford, that has been the biggest problem for the team. He has seemingly been generally happy with the team’s shot selection and shot quality. They just have not made the shots. The team’s rhythm has been off.

He said after the game he was hopeful that these games are a sign that things are finally settling into their normal and the team is starting to find its footing and its rhythm again.

No player would welcome that more than Gordon.

To many, this was supposed to be his year to break out and become an All-Star. Early on in the preseason, it looked like he would do that. Then he took a minor injury and got knocked off his rhythm. He never really found it even until his sprained ankle kept him out of the lineup.

His first two games since returning were rough too. He forced shots and was over dribbling searching for his offense. He had matching 2-for-11 shooting performances.

Then he seemingly found his rhythm against the Wizards, scoring 18 points on 7-for-15 shooting and grabbing 11 rebounds. He did it much the same way he scored against the Suns.

Wednesday’s game was an extreme example of how ball movement can create confidence in one of the Magic’s best offensive players. And that confidence can go a long way.

Gordon took it and ran with it. He got himself going toward the basket and suddenly the jumpers started falling. He was in a rhythm and his shots were less forced and more within the flow of the offense.

Like the team as a whole, when they work inside-out, they get good looks and they can knock them down. The Magic are capable of playing at a high level — certainly against lower-ranked defensive teams like they played the last two games. And they are more than capable of finding their rhythm.

With the first quarter of the season past, the Magic are still seeking their easy way to score and their offensive consistency. Gordon has not had the start he wanted as he has searched for his rhythm and where his role fits in this year.

The whole team is struggling. Wednesday (and Tuesday) provided a minor relief that this team can put up these kinds of score lines, playing just enough defense to build comfortable leads and hold on against two offensive powers in the league.

Gordon had one final moment to put an exclamation point on his night and the team’s blowout win (the deep bench lost seven points for the 14-point margin).

Aaron Gordon stole the ball at midcourt and fed it ahead to D.J. Augustin. Everyone knew what was coming next. He threw the ball toward the rim and Gordon skied to the basket for a two-handed jam, hanging a bit longer to regain his balance after flying through some traffic and perhaps a push.

Orlando had found its rhythm and indeed a bit of its joy offensively again.

It was about time.